Menu
Students Advocate Online, in Print and at the Nation’s Capital

Students Advocate Online, in Print and at the Nation’s Capital

Ellen Williams never expected to go viral when she tweeted “#ArmMeWith trauma-informed care trainings for teachers and principals to help work with children who are struggling with so much.” She simply wanted to express the need for resources in public schools. 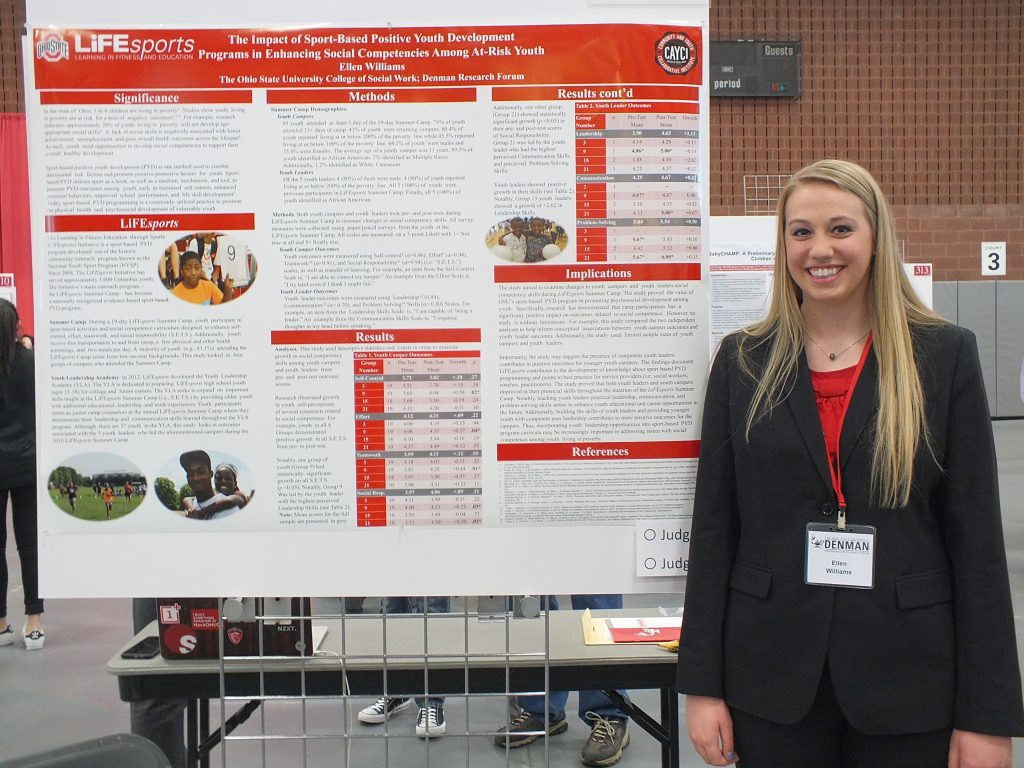 times and received more than 500 responses and direct messages–joining the thousands of teachers and educators supporting the ArmMeWith hashtag. Turning to social media allowed Williams to express her concerns and turn the focus from arming teachers with guns to what schools really need.

“People need to wake up and realize this is happening just miles down the street from you. There are kids that are hungry, there are kids that don’t have backpacks,” said Williams, “My most important job when I work with kids is to ask them two simple questions, questions that are often overlooked.”

The questions: Are you okay? What’s going on?

“We need to assess kids on their mental health and figure out if they feel safe at school, at home and in their neighborhoods? Kids aren’t learning because of these outside factors.”

Williams hopes that lawmakers are listening to the people who are actually working in these situations every day, paying attention to the hashtag and starting to create polices in line with educators’ solutions.

When Tasha Henderson learned that the New Social Worker Magazine was looking for stories about why the profession is so powerful, she had to respond.

“This was my chance to share, so I wrote a piece and sent it to the editor,” said Henderson. “I was thrilled when she said she’d like to use it. I had actually reached out before to find out what kind of work she was looking for and had been watching for article calls in the online and hardcopy publications. After the acceptance, it was just a matter of waiting to see which day in March it would run.” 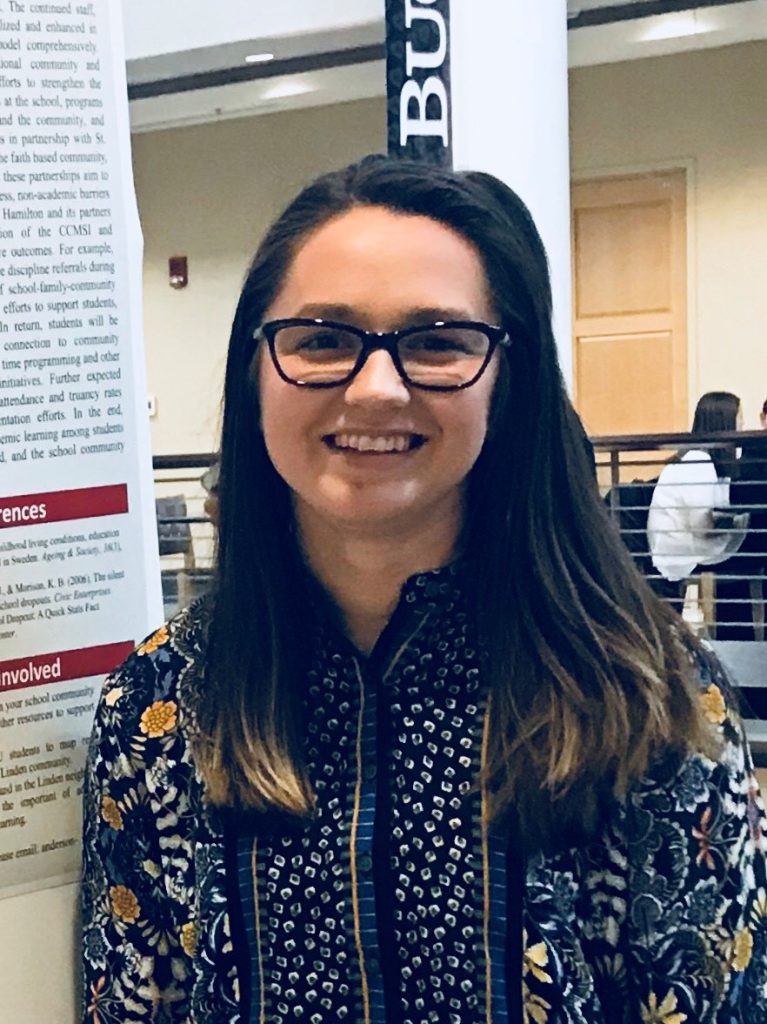 In her article, Henderson advocates for vulnerable youth and their families on a national platform.
Originating from McHenry, Illinois, Henderson is an MSW student specializing in school social work.  Her research interests include adolescent behavior and school social work as they relate to topics of school climate, teacher integration, and interdisciplinary teams.

She has co-authored several presentations and posters nationally and served as a teaching assistant of the college’s undergraduate course Prevention and Youth Development though Sport, Recreation and Play. Henderson also works as a student research assistant for the Community and Youth Collaborative Institute (CAYCI) and volunteers for the LiFEsports initiative.

Additionally, Henderson works with community organizations, schools across the nation and at-risk youth in Columbus. She continues to understand pre-existing conditions, external factors,  and outcome of intervention with youth in school and sport settings. She plans to pursue a doctoral program in social work to further research in the school social work practice.

This month, 20 College of Social Work students visited the nation’s capital with one goal in mind: to witness first-hand how the profession can play a part in politics. 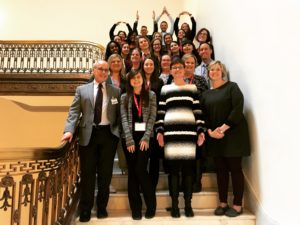 Joined by 45 students from the University of Alabama, the trip marked the college’s second D.C. Fly-In, giving students a three-day window to speak directly with legislators and to learn about policy advocacy at the national level.

The Fly-In included meetings with congress representatives Terri Sewell, Joyce Beatty and Martha Roby as well as presentations by the National Association of Social Workers (NASW), Church World Service and other organizations and alumni. Students also advocated for identified legislation, got hands-on work in politics and received training on policy analysis. They left D.C. with a better understanding and knowledge of what it’s like to present and advocate for a bill on Capitol Hill.

Although the Fly-In officially ended on Friday, March 23, many of the students stayed to join the March for Our Lives movement in D.C., on Saturday, March 24, to advocate that students’ lives and safety become a priority and an end to mass school shootings.