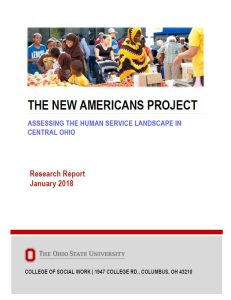 In January 2018, the research team released their findings from their assessment and are pleased to share these resources: